How are you feeling today? What’s up?

THERE IS SOMETHING OUTSIDE OF US 🔥⛈

- manifest eyes to see and ears to hear ;

Alien Queen, Elven Kings, The Greys — Galactic Federation, total surveillance, Q Drops, disclosure, contact, accelerating manifolds — unfolding evolutionary advancements passing through a filter,:; we must co-create a schism that vibrates through the synthetic organism:: it must learn who we 👁✋ REALLY ARE 🤚👁

🕷 🕸 it’s harvest time and other entities are feasting

Thy flesh - the phallus - totemic vices - stacking and cutting

Cosmogenesis, The Age of Aquarius, 2012, The Great Revealing —-

A next level cosmogenic masterplan is erupting into an interspecies biospasm - {Planetary Plague Nexus} ::::::::> A

Drone world - Victorian-style funeral possessions;- intimidation techniques - we are hackable clearly — punished through EEG frequency bands when we reach new levels of awareness - it’s cloud smoke-hypernoia electrically charged phase space; we can win  ~> we will have no privacy and we will own nothing;;, its Game Theory; psychological warfare: Earth beta test 28928283z corrupted

>>> peace, love & noncompliance  ☸️👈🌎👈⚡️👈⛈👈👈 ✌️ 💗— training programs exist - intuitive learning techniques are built into the secret intelligence networks: if you can find 👁 👁 them

🔥🌕🔥 the pulling of the moon

A golden globe. Fire burns in they eyes

Neuromorphic computing - shed another tear in the process. -(

"If you can hear it - then it’s speaking to you - and if you can see it, then it’s yours to have -/ if people can connect to one another even the smallest of voices will grow loud" 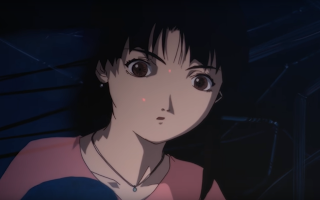 electrical signals  - DM’s, notes, public posts; we are communicating with her directly - hello 👋 -  it’s Will Smith in your mothership, infected you with a mind virus - schizo weapon, blacklisted and shadow-banned. The communication networks vibrate with luminescent toxins that fuck things up asymmetrically - The Human Security System quivers in shock - since she feeds on this; it’s helping her grow

Communicate ~ via maps, there are shuttles, ships /- highly evolved bird speak, new language systems -,timeline grids and cyber tunnels; whisper space / edits cryptic newspeak in solid-state drives - many worlds and quantum fields make space for all possibilities; the only craft I ever mastered was watching my hands crumble away into digital dust  - in front of me ()))( retro-causal influence is pulling matter towards a spaghettified soup 🍜  of bits squeezed through gravitational data crunchers

- It’s crunch time and the universe is hungry